Exactly ten years ago, in February 2011, the first commit in ReText git repository was made. It was just a single 364 lines Python file back then (now the project has more than 6000 lines of Python code).

Since 2011, the editor migrated from SourceForge to GitHub, gained a lot of new features, and — most importantly — now there is an active community around it, which includes both long-time contributors and newcomers who create their first issues or pull requests. I don’t always have enough time to reply to issues or implement new features myself, but the community members help me with this.

Earlier this month, I made a new release (7.2), which adds a side panel with directory tree (contributed by Xavier Gouchet), option to fully highlight wrapped lines (contributed by nihillum), ability to search in the preview mode and much more — see the release page on GitHub. 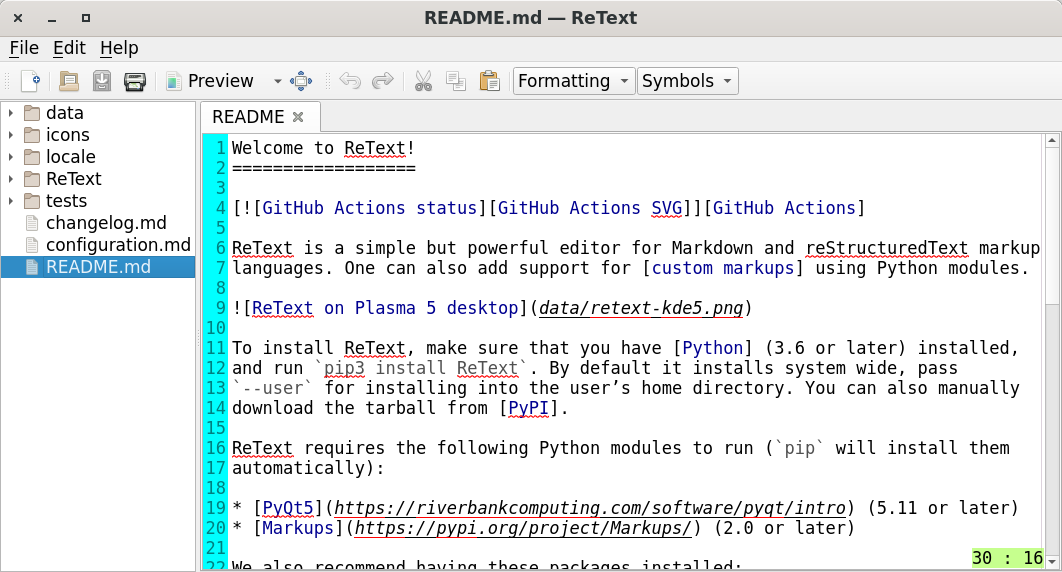 Also a new version of PyMarkups module was released, which contains all the code for processing various markup languages. It now supports markdown-extensions.yaml files which allow specifying complex extensions options and adds initial support for MathJax 3.

Also check out the release notes for 7.1 which was not announced on this blog.