Today I am proud to announce the ReText 5.2 release.

With this release, ReText also has a new home — we moved from SourceForge to GitHub, and ReText project on GitHub now hosts repositories of both ReText and PyMarkups. 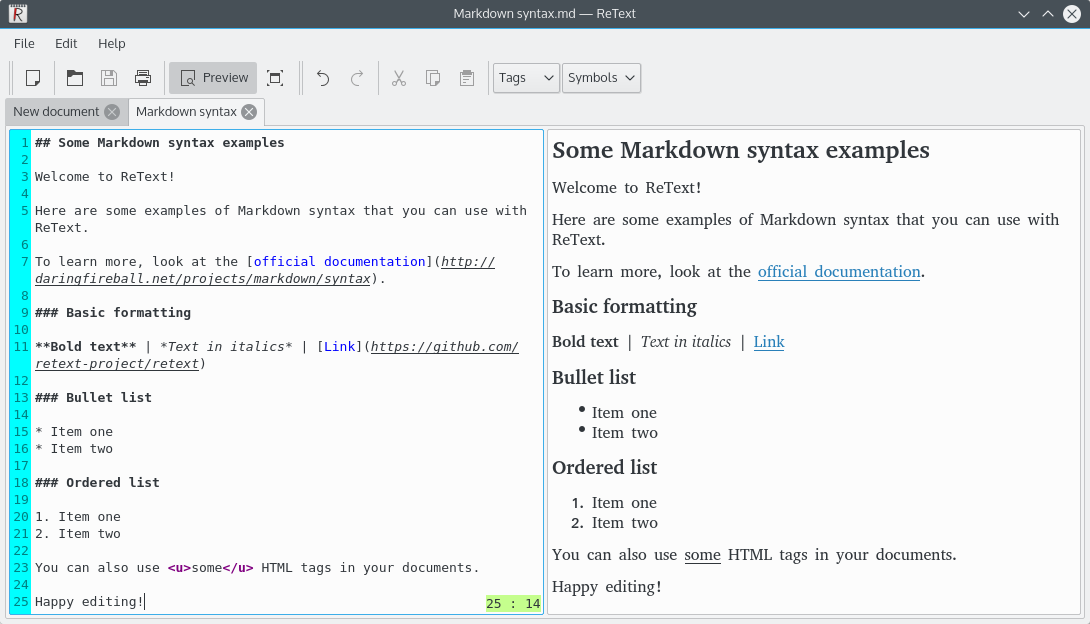 Improvements in this release are:

This release is already available in Debian unstable and will be soon synced to Ubuntu wily as well. Users of other distributions can get the release tarball from PyPI or install it via pip or a similar tool.